Every 4 years, the IFES family comes together to celebrate God's work in the student world and university. LKSB have been IFES family member since 1999 and sent delegates every time possible. Ricardas Brogys, a volunteer at the International Student Service and a student member, Debora Gvazdikaitė, attended this summer's IFES World Assembly “Messengers of Hope” in South Africa. We share with you Richard's memories of the journey, impressions, and stories brought back to the homeland.
Day 2:
The journey from the city we stayed to the assembly was breath taking, it was about 10 km. But the journey takes much longer than you expect. Only crossing city boundaries creates ambiguous sensations of unimaginable poverty. Through the morning fog and the frosted window of the bus, I see train rails, tank-fired branches, people out in the cold and faint children. The sight is filled with slums build from metal scrap, people sitting on the trackside of the rails. All this reminded me of what I could only see on the TV screen. It might not be so shocking if the privileged world won’t be just out of corner 20 minutes away. Trying to find the cause of this pain, which you can only indifferently observe. You can’t fail to impersonate this, because you realize that you are the privileged one, who is being transported to a "healthy" area to meet Christians from around the world. Everything you've done so far loses meaning, feeling powerless, wearing a Christian mask, you think if you are important or made influence, with being invited to represent your country, but God speaks to your heart and shows things that shake you.

Jesus cares about your life and your weakness, the challenges you are going through. He invites each of us to serve the weak, the socially excluded, and the needy. It is difficult to make up your mind with the fact that the 1,300 elected Christians are very near and at the same time so far away. I was looking for answers, but my thoughts turn to look at myself. What have I done to prevent it? What steps have I taken to try to change something? Rational thoughts flood in: The well-being of the weak, is reflected in the decisions made by the authorities. Corruption, selfishness, the desire for power, despite the real needs of the people. This makes it possible to use humanitarian aid as a weapon, for manipulating and maintaining zones of influence.

According to statistics, more than 2 million people in the Limpopo region go to bed hungry. 51% of the population is illiterate and lives in poverty, mainly Africans and their children. “Fifty-seven percent of residents live under the lower bound poverty line, earning R647 per month and 40.3% under the food poverty line at R440 per month. “This effectively means 886 400 of households in Limpopo are living under the UBPL and 2 337 400 people in Limpopo go to bed hungry every night.” „MEC for economic development Seaparo Sekoati says many of the people in the province are illiterate, which contributes to the poor economy. Statistics SA recently announced that 51% of South Africans are living in poverty, the majority of whom were African and children.“ (“More than 2m people go to bed hungry in Limpopo – The Citizen” ). 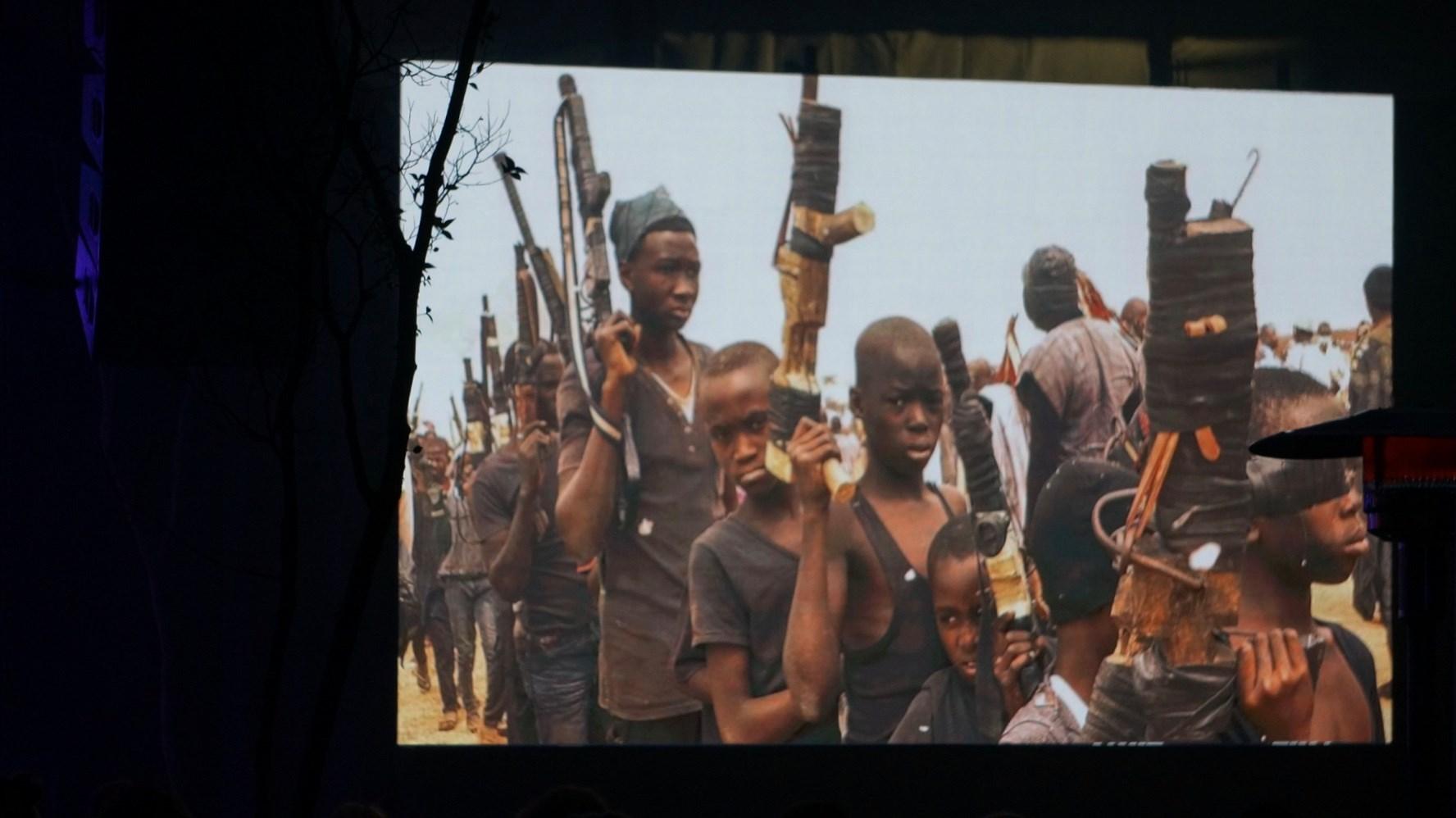 Weak, helpless people will not resist the regime. They will painfully watch their earthly life in poverty. Is there anyone on this earth that could change it? Is there hope? This was reflected in the morning roadside landscape - people need hope! Realizing that only hope can put them on their feet and lift them up spiritually is Jesus Christ. He speaks to us personally, "Come to me, all you who are weary and oppressed, and I will revive you." (Matt 11:28).

I ask the question: Am I a carrier of hope, or do I miss what is obvious? As you walk the streets outside your home and neighbourhoods where crime transcends boundaries. Poverty is rooted, you see same indifferent reflections of their eyes. How do you change the world when you feel not strong enough, ungifted, or not influential? "In weakness, God's strength is manifested, as the Apostle Paul said in his prayer when he heard God's words: "But he said to me, “My grace is sufficient for you, for my power is made perfect in weakness.” (2 Cor 12:9).  Let's look at an example familiar to Christians, the story of the Apostle Paul. In his weakness of flesh and being persecuted, witnessed and was part of God’s great story. Through the revelation of God, he exerted innumerable influence on the Christian community. The Gentiles who confess opposing worldviews were persuaded by the Gospel of the Living God. The Gospel that liberates from human hand made idols worship or immoral rituals which binds you as a collateral of the law. The Gospel message that Paul carried brought freedom and changed the Asian world. Martin Luther King, a revolutionary of the time, a man inspired by the word of God and Christian values, fought against social, racial, gender inequality and poverty. We see two different examples of God-inspired weak people like us, have influenced the environment where they were. Paul was sent to distant, unknown lands, and Martin rose to influence where he lived. It is not necessary to travel all around world for God to use you. You can make a difference wherever you are. Where you stand today may be your mission field. Jesus invites us to share the Gospel with all his people. "Therefore go and make disciples of all nations, baptizing them in the name of the Father and of the Son and of the Holy Spirit" (Matt. 28:19).  Jesus inspired us to proclaim the Gospel message in the academic world - to be Christians without boundaries and to serve beyond this ministry. Being a Christian must become your identity. Family, workplace, circle of friends - everywhere we are called to witness the message of the salvation and the Lord Jesus Christ with our lives. 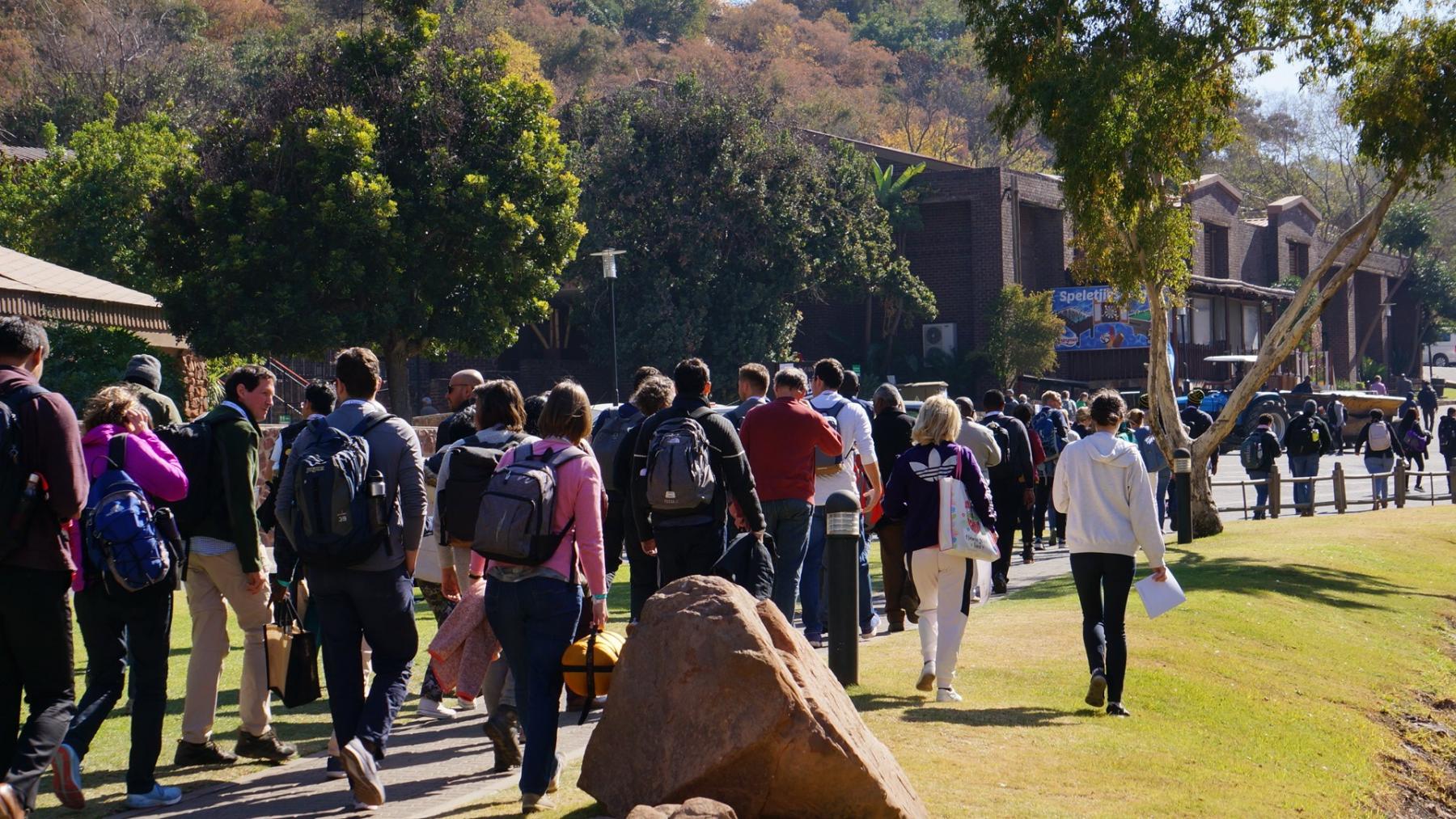 Once we arrived to the assemble the morning ministry began with an inspirational sermon from Luke's gospel. The speaker talks: “In the Christian journey, you are called to be a part of God's great story, each one of us is part of it. No matter where you come from, whatever your prehistory, you are important in God's story. He executes his plan through our lives. The Gospel message must be heard in every corner of the earth. ”Despite persecution, life-threatening prohibitions for professing your faith or, conversely, in a pluralistic society where every worldview is equivalent. We ask ourselves - how to represent the truth of the Gospel?".

"Let us pray with unconditional courage and wisdom to utter words, that the Holy Spirit would persuade people to believe in the Creator Jesus Christ and to receive the hope of salvation..."

Literature
More than 2m people go to bed hungry in Limpopo – The Citizen. (n.d.). Retrieved September 8, 2019, from https://citizen.co.za/news/south-africa/1626205/more-than-2m-people-go-to-bed-hungry-in-limpopo/
Ričardas
1-day highlights BEYOND OUR CONTINENT (I)
Back
Please be informed that cookies are used on this site. By clicking on the "Allow cookies" button or continue browsing you agree. You can revoke your consent by deleting the site cookie.